Steven Universe is a great show on Cartoon Network, so I naturally had to pay tribute by painting the original Crystal Gems in my co-op's study room. They're fighting Batman! 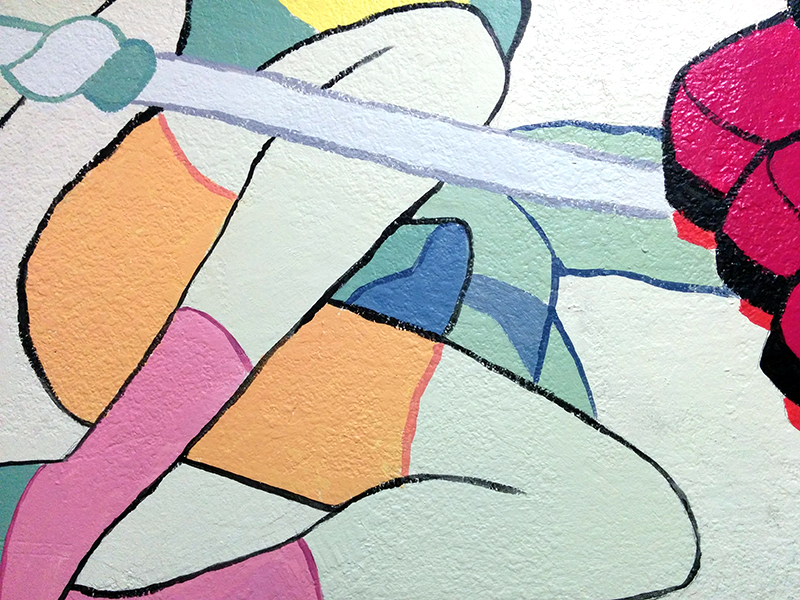 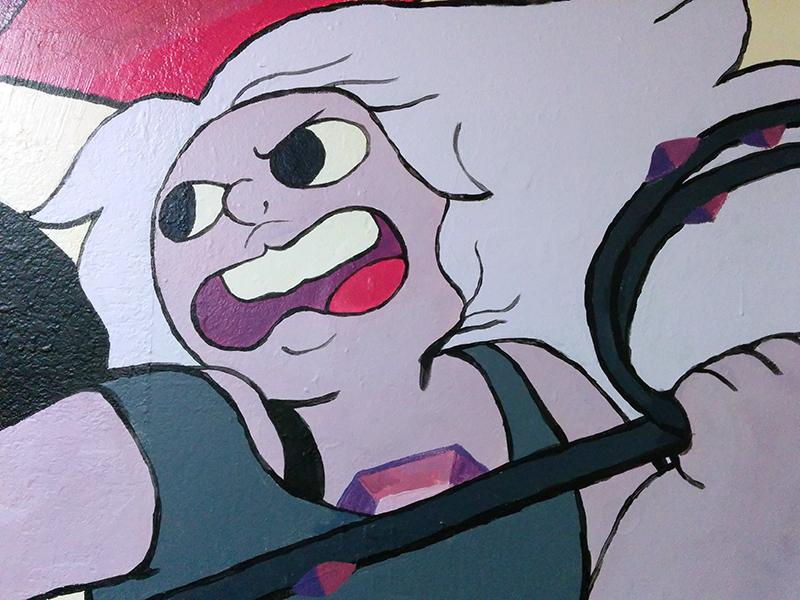 Undertale is an nice video game with a lot of heart. I painted some characters in my co-op's Lib-Ed ("family"?) room. 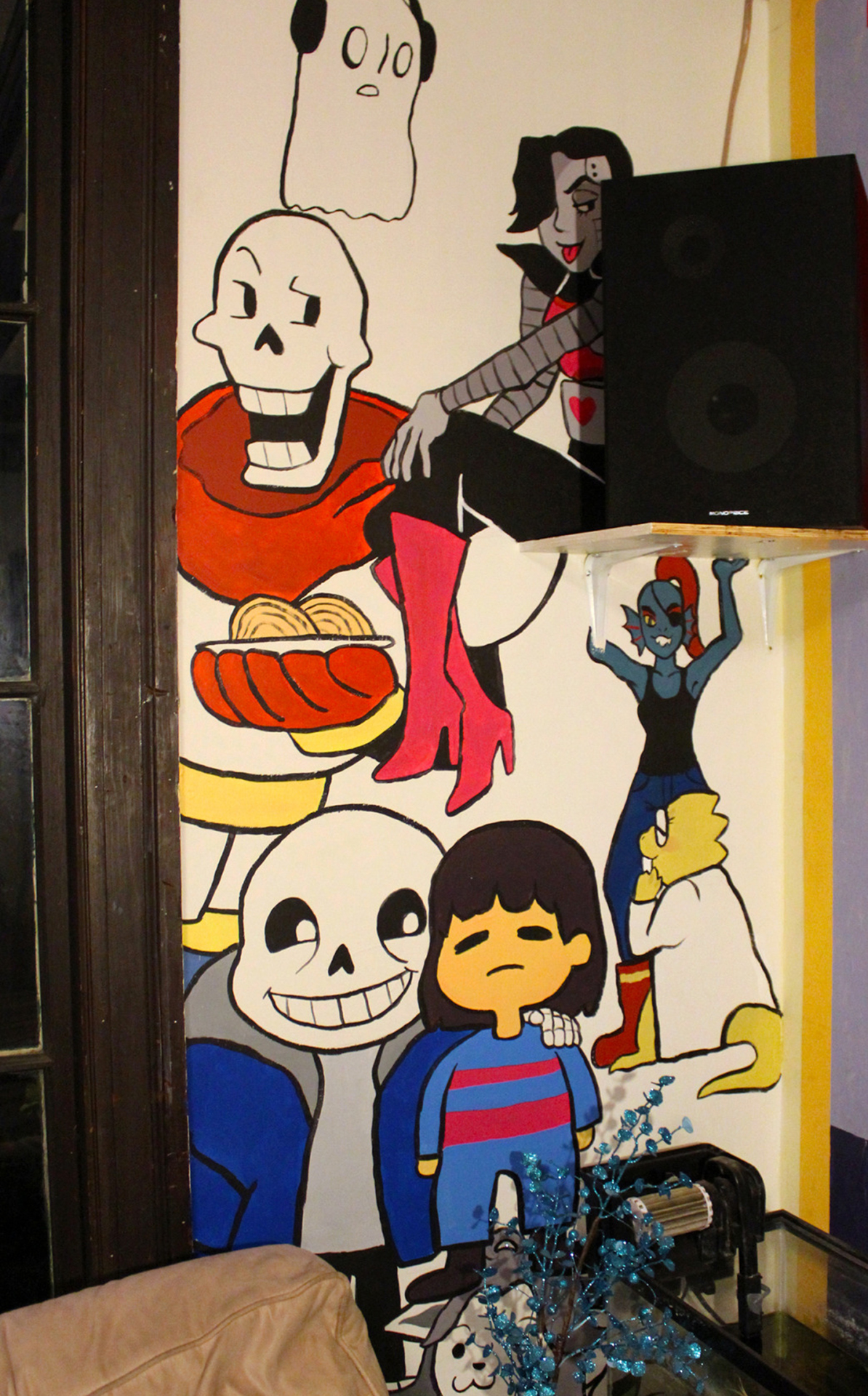 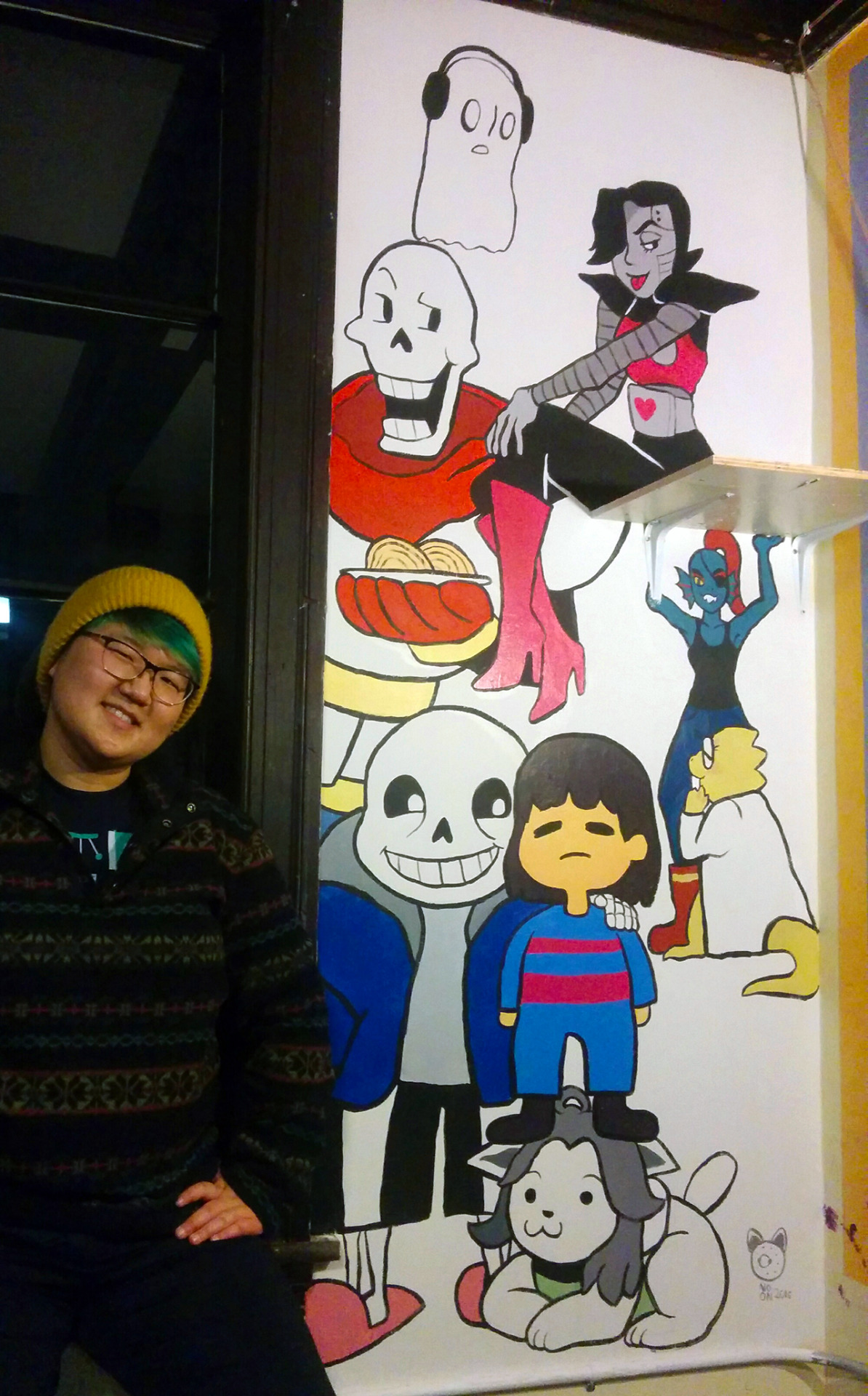 I painted two album covers I liked (both visually and musically)—Andrew Bird's Mysterious Production of Eggs and Sufjan Steven's Age of Adz—in the Makerspace. My friend Matthew did the background for the Andrew Bird one, which later contained the Sylvia Plath quote, "I took a deep breath and listened to the old brag of my heart. I am. I am. I am." 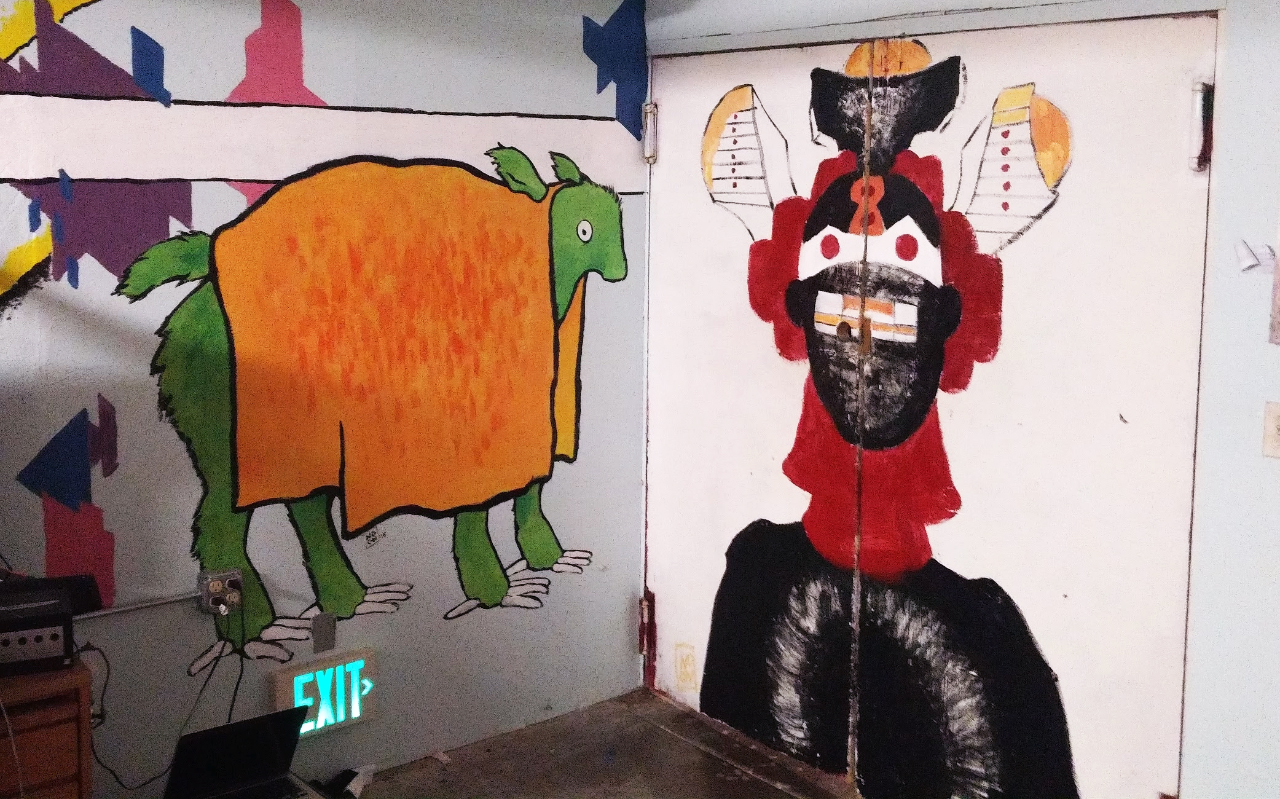